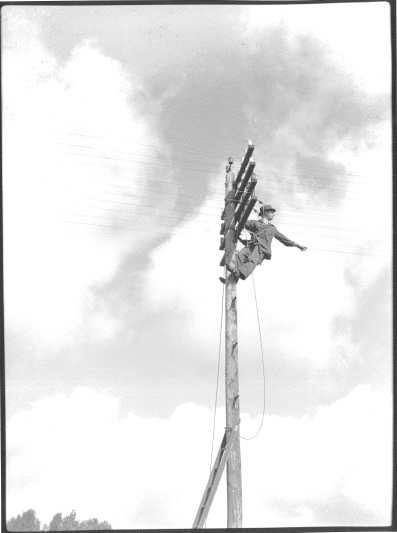 | The photographs by Henry Meyer currently on display in Mill Bridge are taken from a recent solo exhibition. These images were taken by Henry between 1949 and 1952 during his teenage years, and document the difficult period in Britain following World War II. He hopes to provide a pictorial history to the viewer of a time when roll-film was almost impossible to obtain. Henry found a small supply of ex-RAF film in chemist’s shops, a were cut roughly to size and fitted on camera spools. The length of the film, its graininess and the film speed were all unknowns, and the settings of his camera (a Voigtlander Bessa and later a British-made Agiflex) had to be changed manually and their combinations guessed. Despite these complications, Henry produced some fascinating images which provide unique insight into this period of British history. The prints in the gallery were developed by John Wardle on traditional silver-gelatin materials from the original negatives.